The Top 5 Most Innovative Marketing Campaigns For The Holiday Season

It’s time to bring back the holiday magic, and many brands “understood the assignment” with their unique, creative and magical marketing campaigns.

We decided to compile and review the most innovative holiday advertising campaigns for your enjoyment, all views are our own! 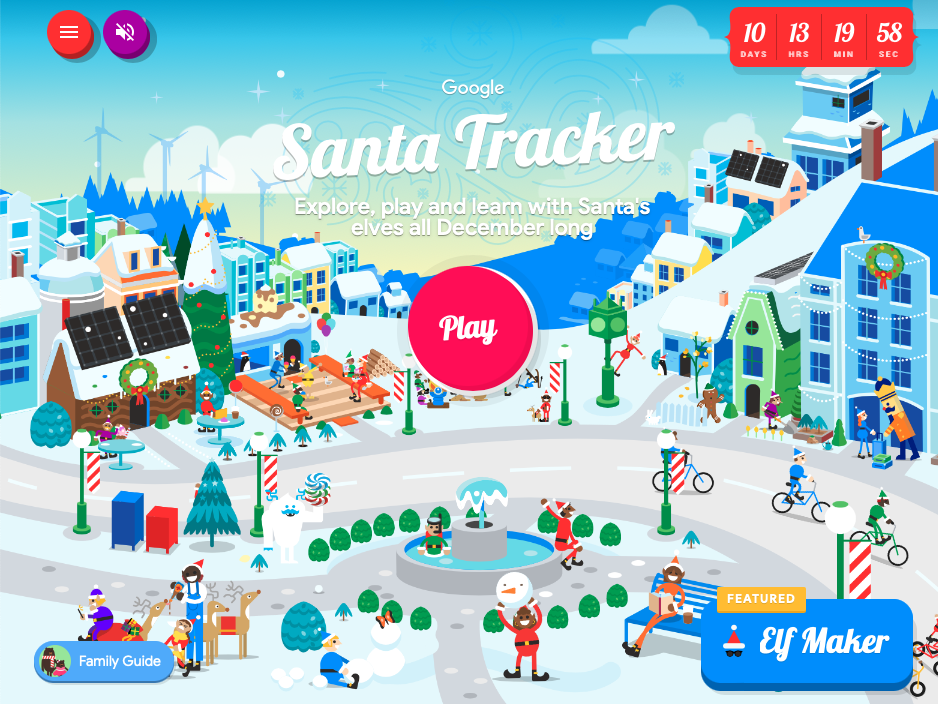 Google has always been about creativity, innovation, and beautiful design. Their Santa Tracker delivers on all of these expectations this year. Google’s Santa Tracker is a microsite that shows kids exactly where the jolly Saint Nick is travelling as he delivers gifts across the world.
They can also interact with Santa’s helpers, read online books, watch animated movies, design their own elves and play Christmas-related games. In short, family activities for Christmas Eve are sorted!

On the topic of magic, Air Canada is one of our top 5 brands that brought the spirit of the holidays to Canadians abroad. Back in 2014, Air Canada decided to help Canadians who lived in the UK come home for the holiday season. This throwback ad spot follows two Air Canada pilots who give out airplane tickets to Canadians at a bar in London. The campaign was successful in many respects - not only were people who got the tickets extremely happy, social media burst with applause and *literal* tears over the campaign.

Spotify Wrapped has become a tradition that Spotify users excitedly await every year. The campaign is essentially a smart use of data, showing Spotify lovers how they’ve used the streaming platform throughout the year.

2021 Wrapped was no exception; the theme was the new normal and this year’s compilation covered topical news like NFTs and “no bones day”. New features include the “Audio Aura” and a quiz of Two Truths and a Lie that tested users on their listening habits.

Last holiday season, Hellmann’s teamed up with Nintendo’s Animal Crossing to create a Hellmann’s island and educate people about food waste. Whenever players donated a spoiled turnip, Hellman’s made a real-life donation to the FareShare food bank.

Animal Crossing has a bit of a cult following, which means it’s a game that has a strong shareable element as players often like to show off their islands. And in this case, user-generated content got plastered around the internet, helping Hellmann’s spread the word about the campaign.

“I’m not crying, you’re crying!” That's probably the most common reaction to John Lewis’s annual holiday adverts. The brand kind of invented their own category of Christmas advertising and the formula seems to be working! Otherwise, it’d be hard to explain how the brand succeeded in bringing the holiday magic for the 14th year in a row.

This time, John Lewis’ ad was about a boy teaching a young alien, whose ship has crashed on Earth, about Christmas traditions.

Holidays are a great time to observe how brands embrace innovation and creativity to make their marketing campaigns stand out. While some take a more tech-forward approach, highlighting features and experiences, some tap into our emotions and play on the sense of nostalgia the holidays bring up in all of us.